In Saturday’s Champions League final, two of European soccer’s most decorated clubs will square off. Real Madrid will be looking to add to its record 12 European championships, while Juventus aims to win its third and first since the Calciopoli scandal forced the club out of the Italian top flight in 2006. The match is expected to be close, with Real Madrid slight favorites at 56 percent in the Soccer Power Index. Juventus’ defense has failed to keep a clean sheet only once in the knockout round, while Real Madrid is riding a 64-match scoring streak. The Italian club will need to find a way to contain a dominant Real attack, while Madrid’s bend-but-don’t-break defense will be tested by Juventus’ dangerous inside forwards. Here are the players to watch as both sides seek to establish their game plan.

Even at 32 years of age, Ronaldo is still the man defenses must plan around. Scoring 103 Champions League goals in your career will do that. Real Madrid’s attack is relatively simple, built to get the ball in to Ronaldo in the center of the 18-yard box. While most top clubs have cut back on the use of crosses — this season in the Premier League, none of the top six clubs used crosses to assist more than 40 percent of their shots from the center of the penalty area — Real Madrid used crosses to assist 44 percent of its shots from that area. This strategy focuses on getting the ball to Ronaldo even with risky or difficult passes, and the striker pays it off with shot totals that only Lionel Messi can match. At 5.5 shots per 90 minutes played in La Liga, Ronaldo got off a higher rate of shot attempts than anyone in the top five leagues with at least 2,000 minutes played.

Real Madrid will force the ball to Cristiano by whatever means are available. There may be no solution to a player as great as Ronaldo, who scored eight goals in the quarter- and semifinals, but if Juventus can hold him to three or four shots that could make the difference.

Along with crossing, another way Real Madrid is unusual among the world’s elite club is its relaxed midfield defense. Real Madrid only breaks up about 45 percent of opposition midfield possessions within three passes, which is 12th in La Liga. This relative lack of pressure means that opposition clubs can complete more passes into dangerous areas. Real conceded about 17 open-play completed passes per match into the penalty area and about 62 completed passes in the center of the pitch in the attacking third. Real Madrid’s numbers resemble more closely those of counterattacking sides such as Atletico Madrid and Monaco, who both average 67 final-third passes and 19 penalty-area passes conceded per match.

However, Real holds possession at higher rates. While Atletico and Monaco plan to pack more defenders behind the ball to break up attacks in dangerous areas, Real Madrid is more likely to depend on its center back pairing of Ramos and Varane to make plays. Madrid’s center backs make about 3.5 open-play clearances from the penalty area per match, more than any of the top clubs beside Atleti and Monaco. The CBs must hold the line for Real’s defensive strategy to work. Juventus can expect to have opportunities to play dangerous passes, and it will require excellent center back play to hold the Italian club scoreless.

When Juventus sold Paul Pogba last summer to Manchester United for roughly $120 million, chairman Andrea Agnelli had a decision to make. The club, which can boast an array of scudettos but only a bare two European Cups, could use the money to rebuild or take a shot at glory. Juve chose the latter route: Using the Pogba cash on veteran Napoli striker Gonzalo Higuain ($100 million) and Roma midfielder Miralem Pjanic ($36 million). While Higuain and Pjanic have been effective, this win-now strategy would not have worked without the development of Paulo Dybala into an elite force. The Argentine attacker not only gets on the scoresheet with a combined 15 goals and 7 assists between Serie A and Champions League, he also offers Juventus a replacement for Pogba’s creativity and ball progression. Pogba led Juventus last year with 4.5 progressive passes or runs per 90 minutes, including 1.4 passes or runs into the penalty area per 90. This year Dybala has picked up the load, at 4.2 and 1.2, respectively. No one else on Juventus is close (Pjanic is next with 2.8/0.7). When Juventus is attacking, Real Madrid will need to watch for Dybala and prevent him from creating chances on the ball. If Dybala can get free to move the attack forward as he did against Monaco, Juventus have a chance. 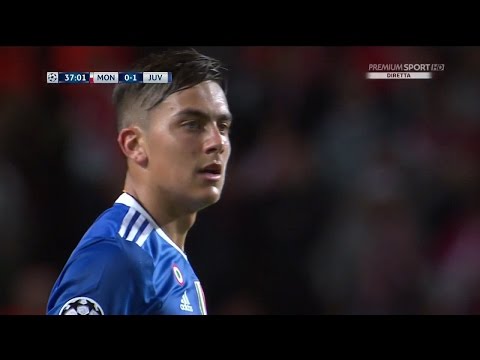 The journeyman forward has been reborn at Juventus as a do-everything winger. Having played more than 95 percent of his minutes since 2011-12 at striker, the Croatian spent under half his minutes up top this season, playing mostly out wide instead. His shot totals dropped from an average of about 2.9 shot attempts per 90 over the previous five seasons to 1.8 shots per 90 this year. But patrolling the left wing, he has been a highly effective defender. Opposition clubs started fast attacking moves down Juventus’ left wing 146 times this season, but only eight times did the opposition continue that move at speed into the penalty area. That rate of conceding attacks from the wing was the third-lowest in Serie A behind Atalanta and Fiorentina.

Despite adjusting to a new position, Mandzukic helped prevent dangerous attacks down his wing. Real Madrid will pose his most difficult test all year, and one can expect Real may target the former striker.

Madrid may be slightly favored but it will be a game of margins, and whoever can win these key positional battles should take the match.